What’s the deal with Chemical Peels? 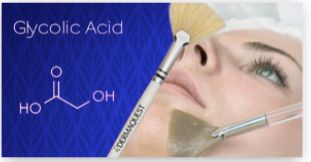 So much discussion of chemical peeling lately, I thought it was time for a little factual blog to outline what they are all about, Are they as scary as they sound? Nope, and do they really put acid on my face, yup! BUT don’t be frightened of the word acid, after all, you can squeeze a fair amount of acid juice out of a harmless little orange.

Chemical peeling agents are derived from a variety of sources. Some are Alpha Hydroxy acids (AHA’s) which are water soluble. Some are Beta Hydroxy acids (BHA’s) These are oil soluble, Lipo Hydroxy acids are basically a BHA, but with an extra free fatty acid molecule to give extra solubility. and then Poly Hydroxy acids are like AHAs but with a larger molecular structure, meaning they penetrate slower, this is helpful for sensitive skins. They all work by ‘un-glueing’ the bonds that hold your skin together, but each have their own individual characteristics. Below I shall discuss some of the acids that are commonly used and which skin conditions they can benefit.

A very popular peeling agent and my favourite of all, is Lactic acid, Lactic acid is classed as an AHA. It is derived from sour milk and has components of the skins own natural moisturising factors (NMF). It boosts glycosaminoglycans such as hyaluronic acid, and has a brightening effect, so it is good to hydrate and volumise the skin. It is good for post inflammatory hyperpigmentation (PIH), photoageing, dehydration and ageing. But because it comes from milk, it is not recommended to people with a true lactose allergy. Similar to Lactic acid is Glycolic acid which, is derived from sugar cane, it shares a lot of the same properties as Lactic but is a smaller molecule, this means it can penetrate much quicker into the skin, preferable for people looking for a more aggressive approach, however this may not always be suitable for all skins as it may cause irritation as it absorbs, so sensitive skin folks, this ones not for you. It has collagen and elastin regenerating properties, as it initiates the arachidonic cascade (the body’s healing and regeneration mechanism) deeper in the skin than any other AHA. It reduces melanin stains and PIH, acts as a humectant, and reduces the appearance of fine lines and wrinkles, so great for ageing skins. Whilst these two acids tend to be the preferred choice when it comes to ageing, there are many other choices for other skin conditions. Mandelic acid for example, is derived from bitter almonds, great for sensitivity as is again a much larger molecule, It is anti-inflammatory, anti-septic, and anti-bacterial so good on inflammed pustules, oily and acneic skin aswell as Rosacea. However it is not recommended for people with a nut allergy. This ingredient is commonly found in cleansers designed for acne skin. Phytic acid, on the other hand – also an AHA, but is predominantly used for it’s brightening properties making it good for dull skin, hyperpigmentation and PIH. It also has an antioxidant effect and comes from rice bran.
In the ‘fruit acid’ family, a common but very mild AHA is citric, derived from citrus fruits, it is found in many regular skincare formulations for it’s mildly exfoliating and anti-oxidant effect. whereas Malic acid, from apples can even out pigmentation and regulate sebaceous activity. so good for excessive oilyness. Tartaric acid from Grapes is a mild and gentle AHA and helps to improve the texture of all skin conditions.

Turning now to the absolute HERO of acids for spotty and congested skins, Salicylic acid, a BHA, which as mentioned above means it is oil soluble, because of this, the acid can get down into the follicle where there is more oil, meaning it can have its effect where hyperkeratinisation issues are initiated and those pesky zits are formed. It is derived form willow bark or aspirin and has excellent anti-inflamatory and anti-bacterial properties, making it the ideal choice for inflamed acne. Because of it’s source it must not be used on anyone who has an allergy to aspirin.

TCA- Trichloracetic acid- is considered a stronger acid, and should be used with care by experienced practitioners. It is derived from acetic acid and provides a much more aggressive peel. Best for those looking to take their skin peels to the next level. It works by coagulating and then breaking up the proteins in the skin. It calls for a longer recovery time as lots of skin sheathing can occur. This makes It a good choice for coarser skins, sun damage, hyperpigmentation, advanced ageing including lines, wrinkles and acne scarring. Because of its high activity, it should not be used on inflamed active acne. It would just aggravate the spots, which p***es them off even more making them look even angrier.  Pyruvic acid is classed as an alpha keto acid which is made via the breakdown of glucose, (you’ve all heard of the keto diet) When it is absorbed into the skin it is converted into lactic acid where it has its effect. And finally, Resorcinol which is derived from Phenol and works by breaking down the intercellular attachments of cells making it good for any condition relating to hyperkeratosis. It traditionally forms 1/3 of the Jessners formula. Which is also made up of salicylic and lactic. (14% of each)

Whilst the strength of an acid is relative, the real importance lies with the PH of the formulation. The lower the PH the more effective the peeling agent will be. Don’t be fooled by clever marketing that boasts seriously high percentages of acids. They can be useless if the PH isn’t at the optimum level. Some acids are also buffered with base ingredients such as sodium bicarbonate or sodium hydroxide, which can reduce their activity and increase the salt content raising the PKa of a product which inturn raises its PH.

So, hopefully that has given you a little more info about how peels work. There are so many brands offering peels now but little information as to what is actually in them and how they actually work. I have worked with a variety of peel brands, all with their own unique concept. But hands down the king of chemical peels in my own humble opinion is without doubt Dermaquest. They are outstanding, and do exactly what they say on the tin, peel off that old skin. See ya!