Home » Blog » What is Microcurrent? 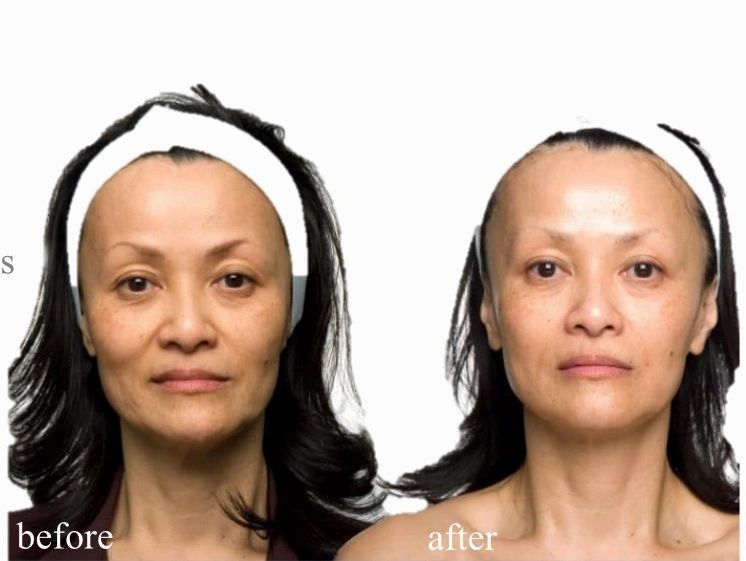 Taking your face to the gym.

It seems in this day and age we are absolutely OBSESSED with shaping and contouring our bodies in the gym with a quest for killer abs or a Kim K Booty, but why do we seem to forget about lifting and toning our faces. With Collagen decreasing by 1-2% every year after the age of 20 and by age 40 it rapidly starts to decrease. Gravity also  takes it’s toll on our jaw lines, cheek bones and once wide eyed peepers so perhaps  facial toning is something we should be working in to our  skin fitness regimen.

But what is it? Microcurrent facials are designed to lift and tone our facial muscles and energise our skin.

David Susuki from Bio therapeutic (creator of microcurrent devices used at The Skin Genie Clinic)  says “There are 32 different muscles of the face that are manipulated during the average microcurrent facial treatment. True microcurrent uses less than 500 microamperes. An accessory such as probes or electric gloves are used to physically move the muscle into the desired position to perform what is known as muscle re-education; the process of lengthening or shortening muscles. Working a muscle from the belly outward will have a lengthening effect that is necessary on muscles that have become increasingly contracted over years of facial expressions. Working a muscle from the origin and insertion point inward will have a shortening effect that is necessary for the majority of the muscles which have become elongated over many years of age and gravity. This concept was coined as GTO (golgi tendon origin) by Dr. Goodhart in the late 60’s and is widely accepted and used today.”

It also re-energises the skin with electrical impulses. Yes our skin and bodies have electricity running through them, say whaaaat…

David Says, The idea that we as human beings have electrical current running through our body, is likely not something that you commonly think about.

However, every living function, whether it be conscious or unconscious, physical or mental, are powered by low levels of electrical current. When you think about it a bit further, it all starts to make sense. Perception of pain, muscle contraction and movement, nerve function, glandular secretions, healing and regeneration, and brain activity are all electrically driven.

And what about the most apparently dominant component of the human body, the heart?

The Mind Electric. The brain is a super highway of electrical signals processing and delivering millions of messages to the entire infrastructure of the human body every second. At any one given time, the human brain produces enough electrical current to power a 15-20 watt light bulb!”

“The energy that fuels our cells is known as ATP (adenosine triphosphate) ATP molecules are the storage and distribution vehicles for energy in the body. Energy is made through an electrochemical process within the mitochondria (the cells battery pack) ATP is known as the “energy of life” and drives a number of biological processes such as photosynthesis, muscle contractions/re-education, protein synthesis, and membrane transport.

The 1982 Cheng study proves that ATP (adenosine tri phosphate) levels were increased by 500% on tissue that was treated with microcurrent utilizing less than 500 µA (microamperes). The dramatic increase of ATP levels allows the muscles to stay in the new re-educated position for long periods of time.

The study also indicated that ATP levels plummeted and depleted when treated with over 500 µA.”  So the level has to be just right.  Some devices on the market can literally send the mitochondria into shock and render the treatment ineffective whereas bio therapeutic devices are finely tuned to synchronise with the body’s own electrical rhythms.

A typical microcurrent treatment can last between 45 mins to an hour,  and can be incorporated into a facial routine. There is no pain involved and there is no downtime whatso ever. Clients can reaply make-up straight away and carry on their day as normal which is a great option for people who are perhaps contra-indicated to more invasive treatments.